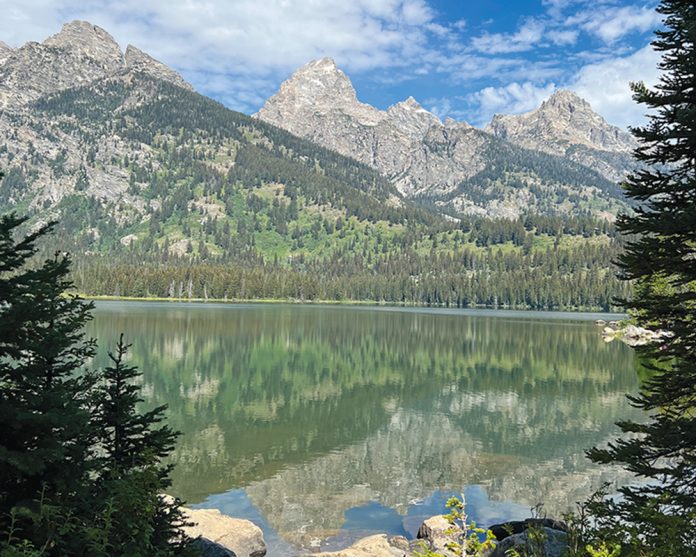 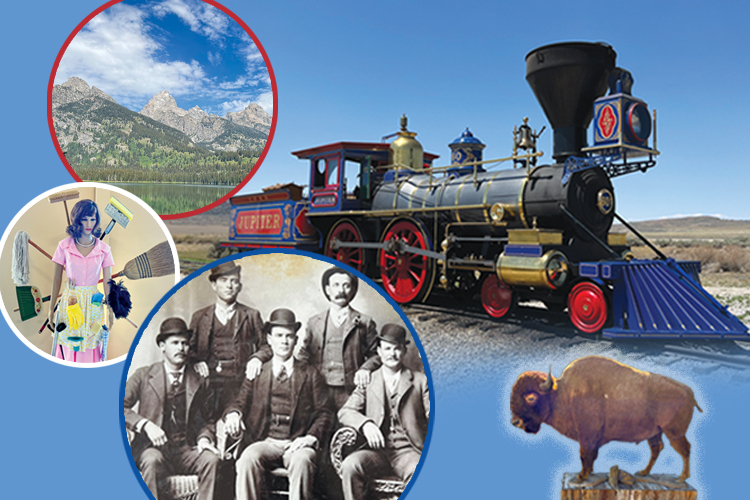 This summer we spent a week in Utah, Idaho and Wyoming and it was truly wonderful !

A great place to begin a western adventure is Salt Lake City. We spent two nights there; explored the downtown and Historic Temple Square one day, and drove to the lovely ski resort town of Park City the next.

Leaving Salt Lake City, we headed north to Idaho, making a few stops along the way. First up, was the Golden Spike National Historic Park — about an hour and a half north of Salt Lake City. It’s a fascinating site that marks the spot where the ceremonial final spike was driven that joined the rails of the First Transcontinental Railroad. This is a must see for railroad enthusiasts and history buffs. There is a visitor’s center and two locomotives that run back and forth twice a day.

For fans of film and the movie, “Napoleon Dynamite,” the town of Preston, ID, was where it was filmed.  Preston has embraced this and hands out maps of the sites to see in person. If you’re a fan it’s a must see.

We spent the night in Pocatello, ID and visited my favorite spot of the week…The Museum of Clean. Founded by Don Aslett, it’s a huge warehouse filled with thousands of items showing the history of cleaning machines and supplies.  Don, at 88, was there, and gave us a short tour. It’s really something to see…just awesome!

Next up, were two nights in Jackson, WY— the gateway to The Grand Tetons National Park. It’s a simple park to visit and the entrance is only 20 minutes north of town. In addition, attempt the Taggart Lake trail, which is an easy three mile roundtrip hike. We also spent some time soaking in the outdoor pools at the Astoria Hot Springs in Jackson-a true delight.

On the last day, we looped back down south and stopped in the town of Montpelier, ID where we enjoyed the National Oregon/California Trail Center. It was a hands-on history lesson about the hardships of pioneer life. Montpelier is also home to the Butch Cassidy Museum, which is housed in a bank that he actually had robbed in 1896.

Summing up the week…it was “how the west was fun!”