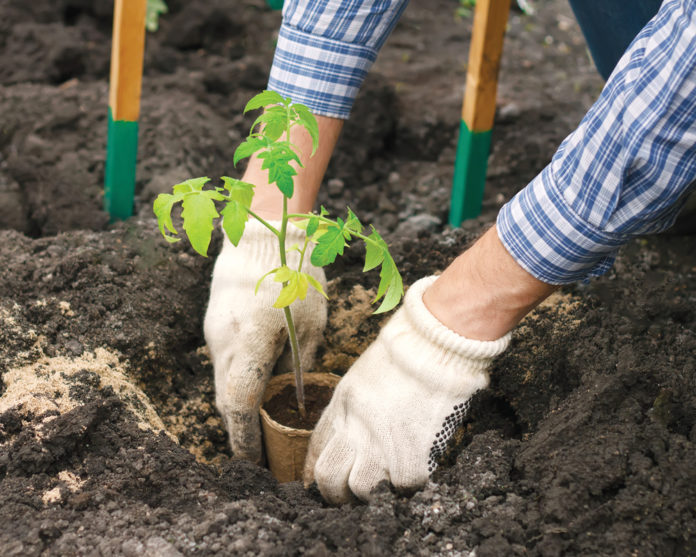 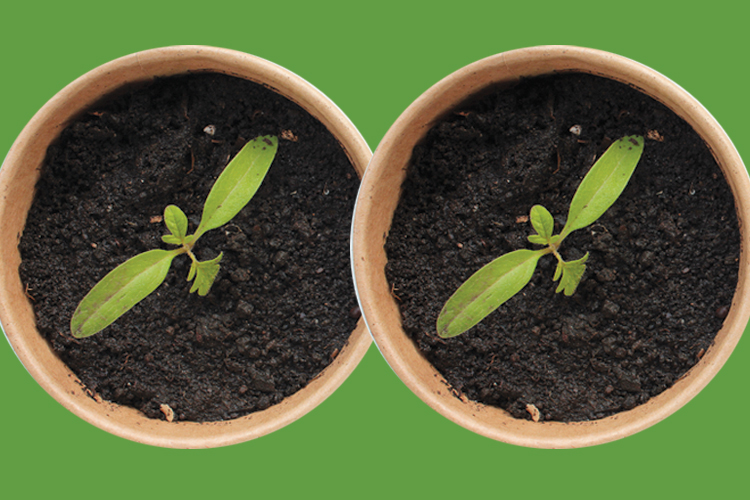 Welcome to April! Hopefully by now, the snow has started to recede, the crocuses and daffodils are poking up through the ground, and it’s time to get those early crops into the garden!
Spring crops are the first sign that warmer weather is on the way. Broccoli, spinach, and peas are easy-growing favorites. However, the early growing season is fraught with challenges for new, fragile plants. Local wildlife, eager for fresh greens after a long winter, love to target young plants. A late frost or snowfall can burn or kill unprotected garden plants. Too much or too little rain can have a season-long impact. Even transplant stress from moving plants from their growing medium into the ground can have a negative impact on plant health. The initial growing weeks and months are when plants establish their root systems, which set them up for a productive summer. Any kind of setback during this crucial early stage can mean plant failure for the season.
When relocating garden plants from a container into the ground, handle with care. For the smoothest transition, plants should be hardened off before being permanently placed outdoors. To harden off, place plants outside, protected from wind, for a few hours each day, steadily increasing the amount of time over the course of a week. Ideally, plants will have been started in a biodegradable pot, so the whole thing can be placed in the ground as a unit. The pot will break down, and no root damage will occur. If the pot is not biodegradable, tear or cut down the sides to peel the pot away, rather than trying to force the root ball up and out. Gently squeeze the root ball to encourage root separation and get some airflow prior to placing in the ground.
The simplest way to protect against curious creatures is with fencing. Choose fencing with holes small enough that animals such as squirrels and rabbits won’t become stuck or otherwise harmed. Ensure there are no gaps between the bottom of the fencing and the ground; animals can squeeze through spaces that appear much smaller than their body. Secure fencing with garden staples. Long stretches of flexible fencing such as chicken wire can be supported with garden stakes.
Cold stress can cause a plant to shut down its growth efforts. If leaves are burned and lost during a late frost, the plant becomes susceptible to infection; at the least, dead leaves mean less opportunity for photosynthesis. To protect against unexpected frost, pay close attention to weather forecasts and, if frost is predicted, cover young plants with newspaper, a black plastic garbage bag or tarp overnight. Secure the covering to the ground with rocks or garden staples. The insulating properties of the paper or plastic will keep the plants and surrounding dirt warmer than the ambient air temperature and prevent dew from accumulating and freezing on the plant. The covering can be removed in the morning after the threat of frost has passed. If freezing temperatures are expected for longer than an overnight, garden row covers, (either purchased or made using fabric or clear plastic), may be used. Transparent coverings allow sunlight to pass through for plant nourishment, and allow the gardener to monitor plant health without removing the cover. Keeping the cover in place helps the warmer air to accumulate. Make sure plants are receiving adequate water if using coverings that need to remain in place for consecutive days.
Too little water can stunt early growth, and a plant that struggles early on may not have the opportunity to fully recover, resulting in a lower yield. Plants should be well-watered immediately after planting. Supplemental watering, ideally using a soaker hose, may be needed any time natural rainfall is inadequate – likewise with a compost pile. A garden should be damp but not wet, equivalent to 1-2 inches of water per week. Consistency is better than flood and drought. When checking your garden’s watering needs, be sure to sample the soil a couple of inches below the surface, not just on top. Certain types of soil hold moisture near the surface more so than others. So, while the garden may appear sufficiently watered with a cursory look, just an inch or two below the surface may be dry, which means the plants aren’t getting enough water.
Too much rain can cause the roots to grow shallow, leaving the plants with a substandard support system in the drier, hotter summer months. While not much can be done in cases of excessive rain, understanding your plants early growth environment can inform how much water will be needed during the latter part of the growing season.
With a bit of planning and effort, your garden can get off to a great start, ensuring a productive season. Happy growing!

Clutter is the Enemy of Good Design