Tucked away in the heart of East Northport appears to be an unpretentious pizzeria and restaurant. There’s nothing wrong with that, however, once you’ve been, you’ll be pleasantly delighted to find how untypical Filetto’s truly is.

Upon entering, you’re immediately pulled into their display of freshly made gourmet pies, like their focaccia: a thinly crusted pizza, first baked in garlic and oil, then topped with homemade fresh mozzarella, tomato, basil and roasted peppers, drizzled with a pesto sauce. (Oh my goodness!) Though they have a wide selection of gourmet pies, they are most known for: their brick oven pizzas. These pies have a unique flavor and texture. The crust and accompanied topping deliver a crispier and richer flavor – there is nothing quite like it! Try the Quattro Stagioni: a plum tomato and basil sauce, with fresh mozzarella, topped with quartered artichoke hearts, black olives, prosciutto and mushroom. A crispy, thin crust with a little char adds a depth of flavor that customers can’t get enough of.

Owners, Rich and Vinny, who have owned and operated Filetto’s for close to 20 years, boasts a diverse menu of southern Italian fare that makes it worth visiting. Though the pies were tempting, we decided to dine in and experience a variety of apps and entrees. One of the starters included: stuffed baked clams (four oversized clams with freshly chopped clams, onions, peppers, topped with a light scampi sauce), just lightly breaded, you can taste the freshness come through – the best I’ve ever had.  Also, on the menu: the artichoke francese, (baby artichoke hearts battered and sautéed in a white wine lemon sauce) were delicate and full of flavor.

For the main course, I chose the Shrimp Oreganata, but asked if they could lay the shrimp over a bed of spinach. (I love when a server says, “no problem”.) The shrimp were plump and succulent. And, what I loved most…they pulled those annoying shrimp tails off– that was a first. My wife, being a vegetarian, went for the Eggplant Rollatini.

When I think Rollatini, I imagine little rolled up logs of eggplant. Not Today! Filetto’s delivers a bountiful portion of three ovesized pieces of eggplant – stuffed in the creamiest, seasoned ricotta with melted mozzarella, topped with a ladle of pomodoro sauce. Simply delish!!

The dessert selection at Filetto’s is plentiful. The Brownie Sliders were ridiculous: three good size squares with a white cream center and chocolate glaze. I Bet you can’t eat all three. The Salted Caramel Gelato Tartufo was sweet, savory, salty, and decadent. They were probably the best desserts I’ve had in a long time.

Filetto’s is a neighborhood haunt but is certainly worth coming to explore. Bravo!!

Roughly 3 years ago two long-time friends Ryan DiPaola and John Nasta Jr. had a vision to bring something new and different to the...
Read more
Foodie Vue

From the coastal province of Galicia, Spain, brothers Rosendo and Jose Fernández were destined to create a restaurant brand that has become synonymous with...
Read more
Foodie Vue 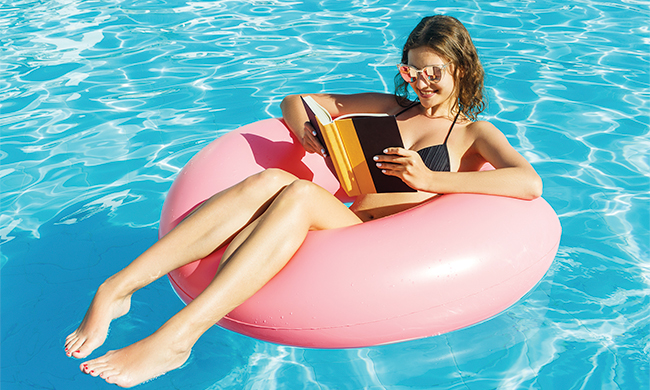 (Family Features) Laying out on the beach and floating in the pool are true hallmarks of summer. A good book, however, can elevate these relaxing experiences to a new level.

Whether you find yourself looking for a beach read, a book for the pool or something to help you escape while lounging on the couch with the windows open, these sizzling summer reads offer something for nearly every type of reader. From suspense to romance and adventure, you don’t want to miss these books this summer. 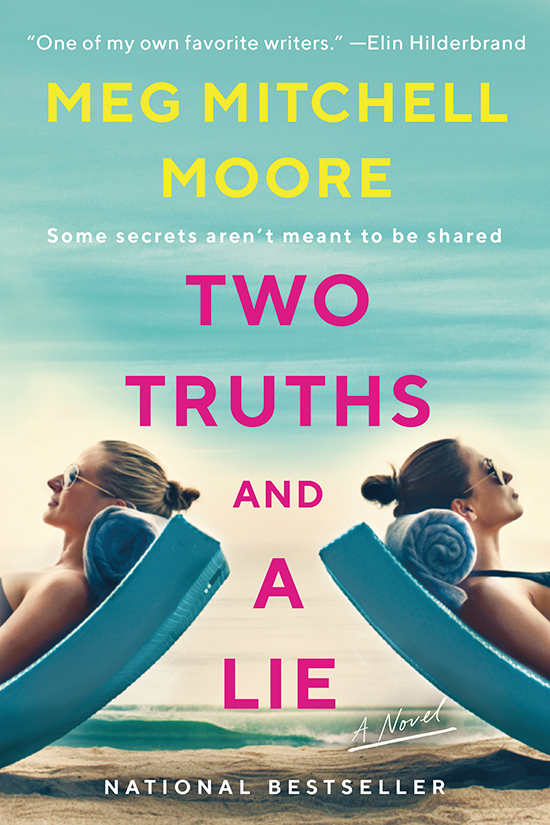 Some Secrets Aren’t Meant to Be Shared

From author Meg Mitchell Moore comes a warm, witty and suspenseful novel filled with small-town secrets, summer romance, big time lies and spiked seltzer. In “Two Truths and A Lie” the leader of an idyllic beach town “mom squad” has made surprising effort to include a new resident and her daughter in typically closed-group activities, though they’re not the only ones she’s been spending more time with. A blend of propulsive thriller and gorgeous summer read, Moore’s latest novel is a reminder that happiness isn’t always a day at the beach, some secrets aren’t meant to be shared and the most precious things are loved ones. 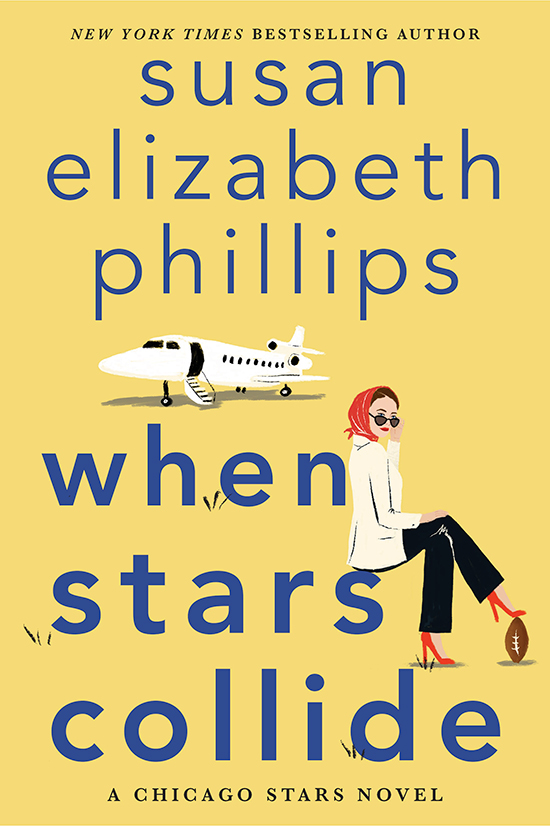 Romantic Adventure Proves Anything Can Happen

No. 1 “New York Times” bestseller Susan Elizabeth Phillips returns to her Chicago Stars series with a romance between a quarterback and one of the world’s greatest opera singers – and a major diva – in “When Stars Collide.” It’s Mozart meets Monday night football as the temperamental soprano and stubborn jock embark on a nationwide tour promoting a luxury watch brand, they engage in soul-searching, trash talk and backstage drama. Threatening letters, haunting photographs and a series of dangerous encounters also complicate their lives and make them wonder if it’s the work of an overzealous fan or something more sinister. 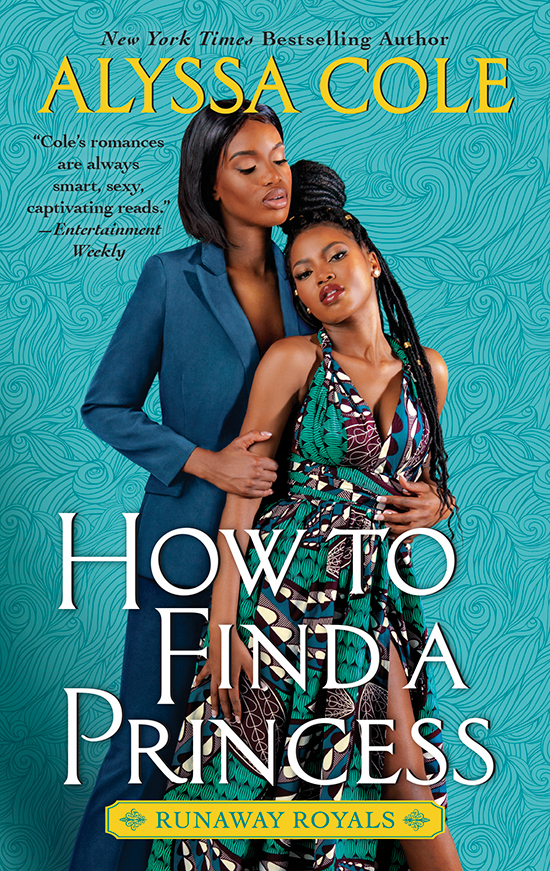 “New York Times” and “USA Today” bestselling author Alyssa Cole’s second Runaway Royals novel, “How to Find a Princess,” is an Anastasia-inspired romance featuring a long-lost princess who finds love with the female investigator tasked with tracking her down. When a threat to her grandmother’s livelihood pushes the princess to return to Ibarania, the investigator takes her on a transatlantic adventure. When they finally make it, they realize there’s more at stake than just cash and crown, and the princess must learn what it means to fight for what she desires rather than what she feels bound to by duty.

Find more titles to add to your summer reading list at Facebook.com/WilliamMorrowBooks .

Due to COVID-19, classes of college students will be moving into dorms for the first time this fall. For new dormers, it...
Read more

To kids, birthday parties are a big deal and only happen once a year. You want everything to be perfect and fall in line...
Read more